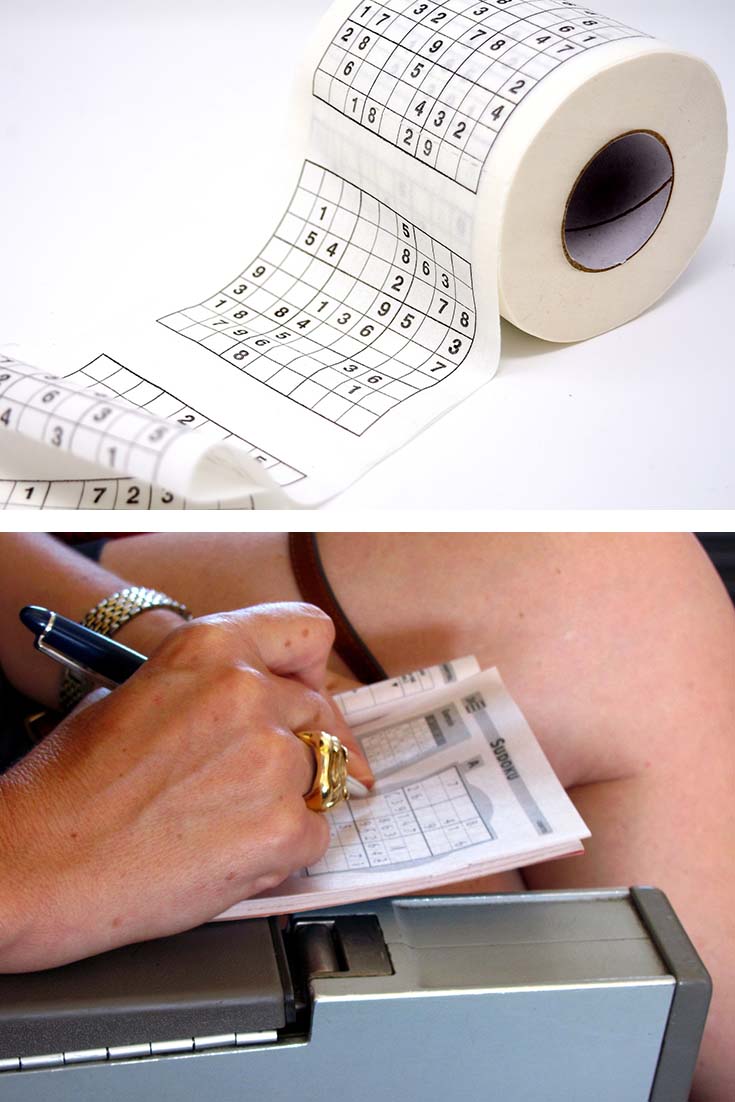 Sudoku puzzles can trace their history clear back to the end of the 18th century when a Swiss mathematician devised a game called “Latin Squares”. Then, at the end of the 19th century, these number puzzles came into wide use with their publication in newspapers in France. However, the number puzzle we know today as sudoku is a relative newcomer and was invented in 1979 by an American from Connersville, Indiana, named Howard Garns. At that time it was published in Dell Pencil Puzzles and Word Games magazine under the title of “Number Place” because solvers had to place numbers into squares on a 9 by 9 grid.

Five years after its appearance in Pencil Puzzles and Word Games magazine the game arrived in Japan where its name was changed to “Sūji wa dokushin ni kagiru” which literally means “the digits are limited to one occurrence”. Not surprisingly this name did not last very long and was shortened to “Sudoku”.

Sudoku took off immediately in Japan and spread like wildfire. One reason for this is the fact that millions of people commute to work daily by train or bus and need something to while away the time to relieve the boredom of the journey. In the West of course the crossword puzzle was the favorite for commuters for many years, but the Japanese language does not lend itself to crossword puzzles and so number puzzles work much better.

But how did sudoku find its way back to the West and become such a popular puzzle format today in the United States and Europe?

In March 1997 a Judge from New Zealand was vacationing in Tokyo and came across a book of sudoku puzzles while looking for some holiday reading in a bookstore. Not only did he instantly fall in love with sudoku, but he took the book home with him to New Zealand and then spent several years creating a computer program to build sudoku puzzles.

In 2004 the Times newspaper in England started publishing sudoku puzzles and that same year they also appeared in the Conway Daily Sun newspaper in New Hampshire.

The rest as they say is history as sudoku has spread across the globe in the past few years and today is one of the world’s most popular puzzle formats.

Take a look at the sudoku books in our bookstore.