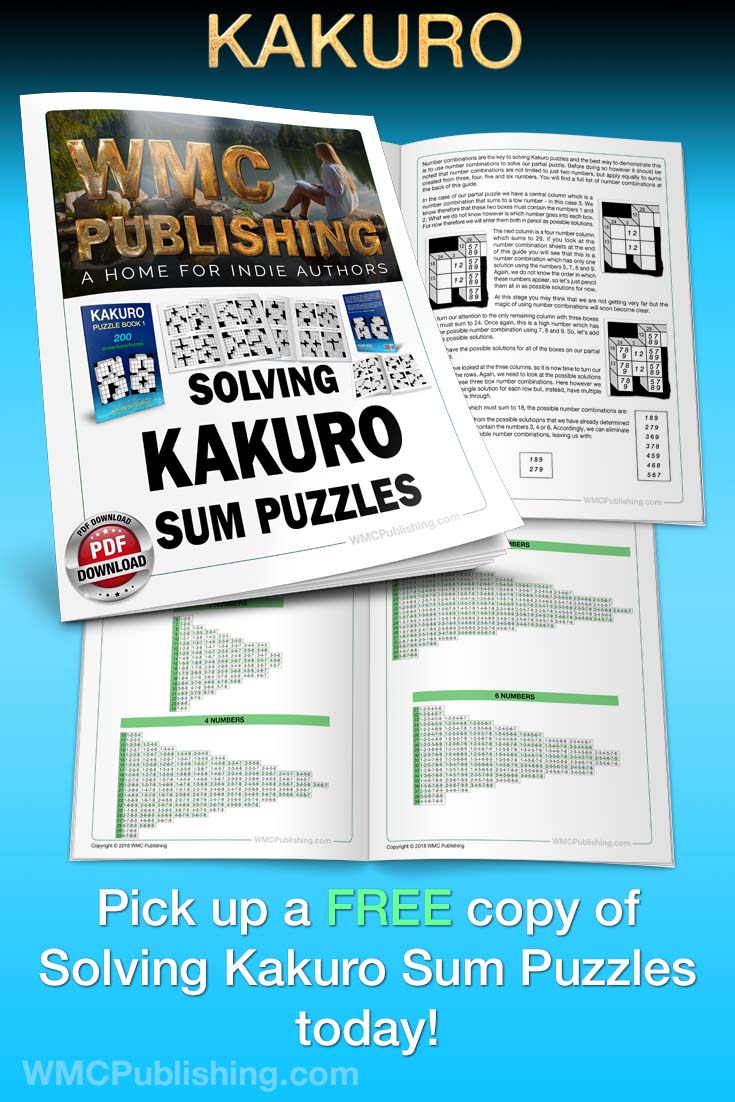 A kakuro puzzle looks a bit like a crossword grid and is solved using a set of rules which are similar to those used for sudoku. One difference however is that, as well as the logic required to solve a sudoku puzzle, a kakuro puzzle requires some mathematics. Fortunately, this is generally limited to simple addition.

There is no single method for solving kakuro puzzles and it is really a case of coming up with your own particular strategy, arrived at through practice. That said, it can be a little daunting if you are just starting out and so you may want to begin by following a guide which includes a set of “cheat sheets”. These are charts which show you all of the possible solutions for each possible number of boxes in a standard puzzle. For example, if you have 3 boxes and the clue number is 22, the cheat sheet will show you that there are only 2 possible solutions using the numbers 5, 8 and 9 or 6, 7 and 9.

If you are new to solving kakuro puzzles, or would simply like some extra help, you can download a free copy of our own in-house guide – Solving Kakuro Sum Puzzles. 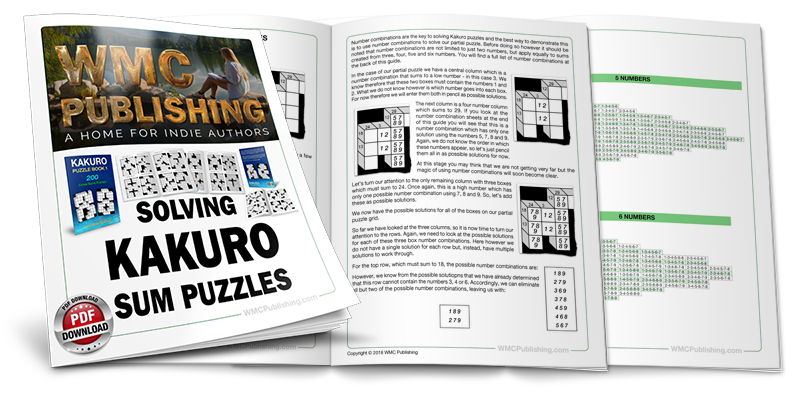